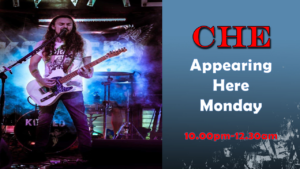 Kolted are a rock band formed in 2012 on the Orihuela Costa in Spain.
The band was formed from the ashes of several other bands including The Monos in which Che, Ali and Jono were all members at one point in time. Having met through the gig circuit in southern Spain, the band have progressed to become one of the most popular and successful bands along the coast of Spain in recent times.